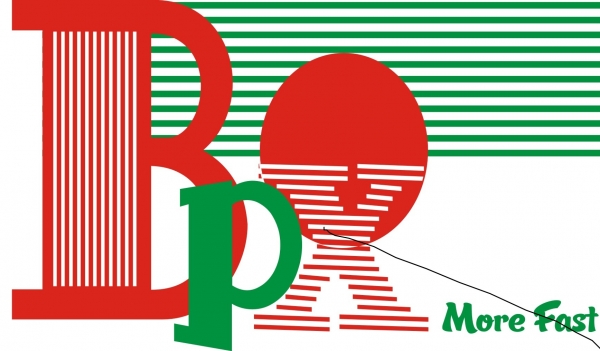 0
Questions
Ask a Question
Have questions? Get answers from bpx express or BangladeshYP users. Visitors haven’t asked any questions yet.

Tel. of Interviewee: +8801715404270
Branch :Mymensingh Sodor Mymensingh
Account type : Current account
(2 ) Introduction
a. Company History: In 2000 Mr A.B.Khaled Basel founded a business firm at Mymensingh
b. What the company does: Market creates in local area growing business round the year.

(3) Strategy
a. Vision Statement
Company goal in 2022 create market all over the world with good brand name.
b. Business Strategy
Low cost and better service
e. Economic intent: Profit making but we would like to say it’s not just a business it’s also call social business.
4. Business concept
Door to door delivery system courier and parcel
e. Business model : not home based it is office bound.
5 Management & Ownership
MAIN EXECUTIVES
Name: Abdul Awal
Post: Chairman of the Board
Gender: Male
Education: University education
Working Experience: Head Teacher
Before 2002 Mymensingh High School
Since 2002: with Subject as Legal Representative and Chairman of the Board

Subject is a limited liability company, and its internal ultimate authority is the Board of Directors. The
General Manager is held exclusively responsible for daily management.
General Manager’s Office, Sales Dept., Dept. of Administration,


• Tony Dick
Chief Financial Officer
E-mail: tony.dick@expresscouriers.co.nz
Tony was appointed CFO of Express Couriers Ltd in September 2008. Prior to this he held a number of senior financial roles in the travel, telecommunications and distribution industries, both publicly-listed and private.
Once an active runner, Tony is now an armchair sports fan, but still manages to enjoy golf and skiing.


• Steve Beaumont
General Manager of CourierPost
E-mail: stephen.beaumont@courierpost.co.nz
Steve Beaumont joined CourierPost in 2004 and has held several roles, including with IT and as Northern Regional Manager, prior to becoming the General Manager of CourierPost in 2009. A highlight of Steve’s time with CourierPost to date has been managing the move to the new automated parcel sorting facility at Highbrook which has been an exciting success for the business.
Steve grew up in Canada, making the move to Wellington in 1990 and since then has held positions with Airways Corporation and the New Zealand Qualifications Authority. As a keen windsurfer the attraction of living in Wellington was clear, but the decision to move and join the CP team in Auckland has proven to be popular one with his family who are now all well settled on the North Shore.


• Tony Wickstead
General Manager Information Technology
E-mail: tony.wickstead@courierpost.co.nz
Prior to joining ECL as General Manager, Information Technology, Tony was CEO at Tomizone Limited, a global wireless internet technology company with its research and development headquartered in Auckland, New Zealand. Tony has more than 15 years’ experience in executive roles predominantly within the technology and telecommunications industry, in Australia and New Zealand, most recently prior to Tomizone, with Auckland Airport as their Chief Information Officer, along with tenures at Ernst and Young, Kodak Australia, NCR Australia and BellSouth, New Zealand.
Tony has extensive business management experience, with specialist skills in strategic planning & execution, service delivery, outsourcing operations, supply chain and project management.
He is also:
A current board member of TUANZ (Telecommunications Users Association of New Zealand), a founding member of the Australian/New Zealand Airports Information Communications Technology (ICT) Forum and a former member of the SITA International Customer Advisory Board.


• Brendan Rawlings
General Manager of Roadstar
E-mail: brendan.rawlings@roadstar.co.nz
Brendan has developed an extensive background in logistics over the past 21 years since emigrating to NZ from the U.K in 1990. He has managed many different aspects of logistics involving courier, transport, air and some warehousing. From 1993 through to 2002 he held several different roles at CourierPost, NZ Post Transport and Distribution. Brendan then spent four years in Australia with Chrisco Hampers and returned to NZ in 2006. He worked for a couple of private companies until he started with Roadstar in 2010. Brendan thrives on the Logistics industry and feels that it gets into your blood and offers such a diverse working experience it is hard to leave, no other industry really compares!
Brendan is married and has three teenage sons, he spend as much time as possible with his family. He “love’s” his sport and has been coaching junior rugby for the past 13 seasons. Brendan also has a passion for water sports and actively pursues boating, fishing and jet skiing, the latter being his mid life crisis machine!


• Alan Court
General Manager of Transport
E-mail: alan.court@expresscouriers.co.nz
Alan has over 30 years experience working in the Postal Engineering and Logistics field. He is an expert in all aspects of transport and distribution in New Zealand and internationally. Alan’s knowledge and expertise has seen him restructure the CourierPost and New Zealand Post road linehaul and air transport networks to ensure these critical business linkages are always meeting the requirements of mail processing, delivery, couriers and parcels in an efficient and cost effective manner.
Alan enjoys Mountain Biking and Trout Fishing.


• Martin Wheeler
General Manager of Pace
E-mail: martin.wheeler@pace.co.nz
Marty Wheeler joined the ECL Group in December 2006 as Branch Manager of Pace Couriers in Auckland and was appointed General Manager of Pace in June 2011. Marty has been In the Transport industry for nearly 17 years.
Prior to joining ECL Marty worked in business development and branch management roles in both Mainfreight and Toll Tranzlink and has also worked as a Television presenter and Musician when possible. Currently Marty is preparing for baby number one.
Marty enjoys surfing, fishing and restoring classic cars in his spare time.


• Daniel Finn
General Manager of HR
E-mail: daniel.finn@expresscouriers.co.nz
Daniel has been with ECL for the past 5 years and has been a key member of the HR Team, looking after both the Central and Wellington Regions and most recently as GM Human Resources. Having played a lead role in coordinating ECL's employment relations activity through CEA negotiations, strategy and fostering relationships with our employment partners, he has also supported and led many other successful HR initiatives across the business.
Prior to joining ECL Daniel spent 10 years working in the Dairy Industry specialising in Employment Relations, Generalist HR, Safety and well being. Daniel also spent several years working in manufacturing and operations. Having worked in Health and Safety, Human Resources and Employment Relations for more than 10 years in large manufacturing and operations based industries Daniel prides himself on delivering structured, outstanding and uncomplicated HR support.
Outside of work Daniel is a dedicated family man, a keen surfer and a closet master chef.


• Carin Whitlock
Executive Assistant
E-mail: carin.whitlock@expresscouriers.co.nz
Carin supports the CEO and CFO in her capacity as Executive Assistant, bringing with her 25 years of EA/administration experience gained from working in many different industries.
She enjoys challenges and is driven by continuous improvement, not only in herself but also within the roles of systems and procedures with the aim of making things work easier, more efficient and professional for the business and her colleagues. Exceeding people's expectations gives her a great sense of satisfaction as she loves helping others to also achieve their own goals. Carin believes that “nothing is either too hard or impossible” and would most likely say “there is always a solution, let’s find it and do it”
Carin enjoys spending time with her family and traveling both in New Zealand and overseas.